Spartan: Copycat or a Takeover?

For a lot of us, the 2019 OCR season ended several weeks ago. I’ve seen on social media people already signing up for 2020 races and planning their season. I know I completed my tentative schedule about a week or two ago. I will probably fill in some gaps here and there, but a lot of it is already set.

So while most of us were planning our 2020 schedules, Spartan decided to drop several news bombs. The first of these was the announcement of Dekafit, a competitive crossfit event. The structure that they revealed was earily similar to Hyrox, a new US crossfit event. Hyrox had started in Germany in 2017, and had recently entered the US market. In fact the NY Hyrox event was completed only a few days before this announcement. I was there spectating, and I remember commenting to someone that the format Hyrox used was easy to duplicate. 8 stations and 8 kilometers of running on a track, 1k between each station. The stations don’t have obstacles. They are all workouts, like Rowers, sandbag lunges, Sled pulls, wall balls, etc.

The Spartan Dekafit format will be very similar. 10 stations in total. Less running though. Only an approximate of 5k distance. Some of the stations are the same like Skierg and Rowers. Others have been previously seen in Stadium races, like Assault Bikes, and Ram Burpees.

When this news was released, a lot of the OCR community seemed to want to cry foul. Many said Spartan should focus on their core product, OCR, and work on getting that running more smoothly. Comments were made about the fact that officiating has always been an issue at races, and still hasn’t been properly addressed.

Here’s my 2 cents: First off, fitness can’t be trademarked. There’s tons of races that do a marathon, so why not have several companies doing crossfit events? End of the day, money talks, and if it succeeds or fails will be based on how it’s accepted by the masses. I’m not sure how well it will go, the officiating really needs to be on point for these events. Most competitors will need their own official, since a lot of the Dekafit stations are counting stations. But Hyrox has proven there is a market for these types of events. Just like how they have jumped into Trail racing and Martial Arts Combat, it shouldn’t be suprising to see Spartan testing out this fitness arena as well. The Spartan brand is about more than just racing now.

The second announcement and the one that has a much bigger impact was the announcement that they have acquired an option to purchase the majority of Tough Mudders international operations, as well as the acquisition of Tough Mudders US based events. This news was pretty shocking, but Tough Mudder has been having financial issues for awhile now. Their crossfit events hadn’t worked out well, and they had recently removed all prize money from their races.

Last year Spartan had acquired assests from Warrior Dash after they had folded. That wasn’t suprising, Warrior Dash was a small piece of a larger entity. But now Spartan has acquired a major OCR player, 2nd biggest in the US.  Which means as far as brands that do more than 10 races a year, only Savage Race and Bonefrog are left, and those brands are based primarily on the east coast.

I had remarked previously that there seemed to be too many OCR brands. That in order for the sport to truly grow and be innovative, you would want only 2-3 major brands that all have big parts of the market. Every OCR is different as far as format and rules, and you would still want to have options. But to have 1 brand that controls the majority of the market? My issue with that: innovation goes out the door when a brand has no competition and the customers will be the ones that suffer if they have none or very limited other options. A Monopoly is never good, unless you’re playing the board game!

The example I keep using is: I use all Apple products. I am deeply entrenched in the Apple ecosystem. However I don’t want them to be the only ones making smartphones and tablets. Competition from Google, Samsung, and Microsoft, helps force Apple to create better products and keep up with their competition.

So once this acquisition has been completed, then what? Right now, no one knows. My thinking is that Spartan keeps the Tough Mudder name. It has value and is very recognizeable, and it would allow them to own different formats of OCR. What this means for the other OCR brands? Well, it’s not good news, that’s for sure. Spartan has already been pushing them around and forcing them to change dates and locations. So it will be interesting to see how things turn out in the next year or two. I’m thinking the market will have a few less players by then. 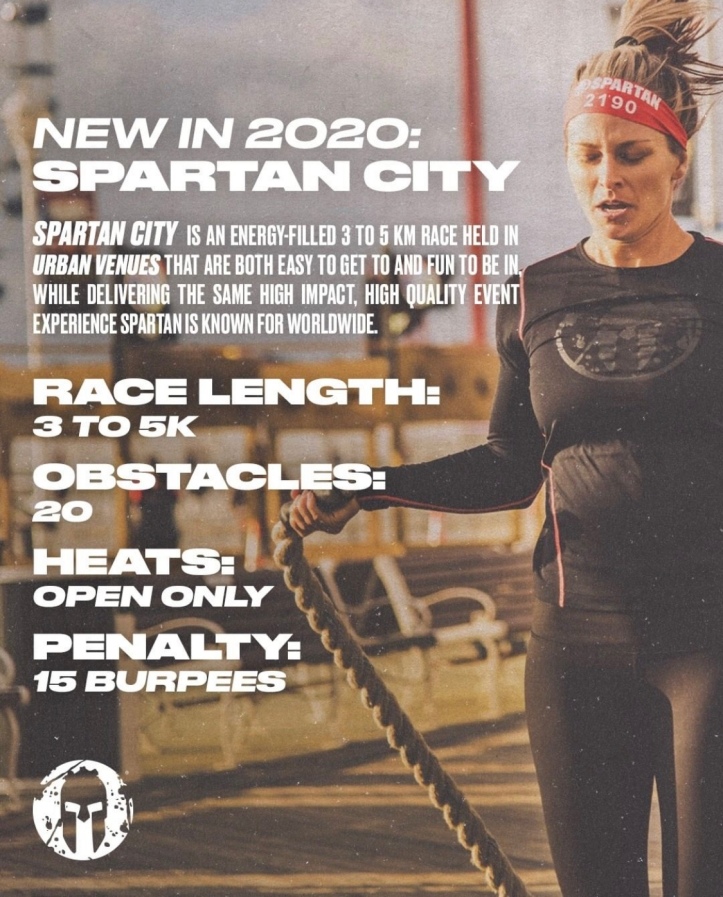 Last bit of news, Spartan is also adding a new race format, City Sprints aka City Challenge. 5k, 20 obstacles, only Open heats! I don’t really understand the last part. Why limit your audience to only Open racers? I’m sure there is a big market for this, but having a non-competitive race seems weird. Unless the venues aren’t allowing them to block off the race from the public to ensure that there would be no outside interference. I know in Ocean City earlier this year they had competititve heats and there were issues with spectators walking through the race, since they couldnt block off the boardwalk and the beach. Who knows what the reason might be, always a possibility things change in the future.

As always thanks for reading. I look forward to reading your opinions or any questions you might have. Thanks as always for your support! 🦁